Pucker Up and Savor the Many Flavors of Virginia Oysters 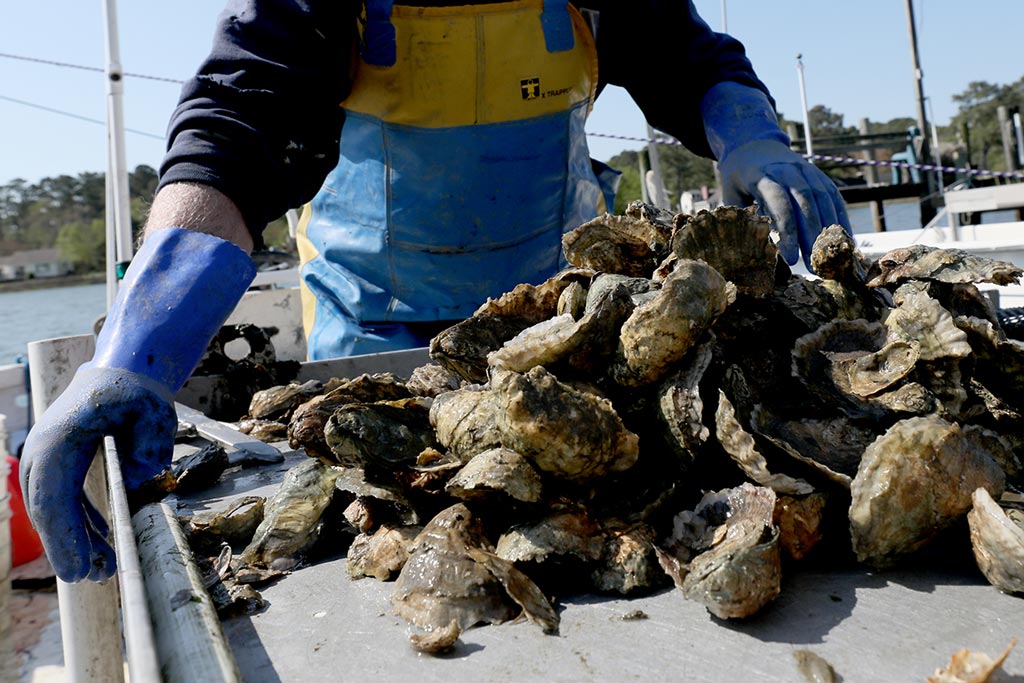 If you’ve eaten Virginia oysters harvested in the Chesapeake Bay, you know they’re all yummy.

That doesn’t mean they taste the same way. One of the reasons oysters excite the palate is due to variations in saltiness, sweetness and creaminess.

Eight regions comprise the Chesapeake Bay. Each offers a unique tasting oyster based on salinity, body and sweetness and finish.

Salinity refers to the salt levels in the water. Oysters take on the salinity of their environment so the closer they are to the Atlantic Ocean, the saltier the taste.

Body relates to how the flavor fills your mouth, and the finish is that taste that lingers after you’ve swallowed.

Here’s a flavor guide to get you started.

Seaside: Salt lovers, these are for you! Seaside oysters are harvested from the ocean side of the Delmarva Peninsula just outside the mouth of the Chesapeake Bay. Brace yourself for the initial bold saltiness that mellows into a taste of sweet cream at the finish. These are the saltiest oysters in Virginia’s Chesapeake Bay. If you want to tone down the salt , squeeze some fresh lemon on them.

Upper Bay Eastern Shore: Oysters that hail from Onancock along the Eastern Shore north to the Maryland State line have lower salinity due to their distance from the Atlantic Ocean. Tender and sweet with a mild salty taste, they boast a savory finish.

Lower Bay Eastern Shore: Oysters from around Onancock along the Eastern Shore south to Cape Charles are salty and creamy with mellow sweetness and a quick finish. These are pretty salty guys, too.

Upper Bay Western Shore: These oysters are harvested from the northwestern area of the bay from the mouth of the Potomac River to north of the Rappahannock River. They’re sweetwater oysters with a light cream taste and a medium saltiness.

Middle Bay Western Shore: Found at the mouth of the Rappahannock River, these oysters are easily distinguished by their salted butter flavor and pleasant slight mineral finish

Lower Bay Western Shore: Oysters from the Mobjack Bay region and the mouth of the York River have a mild saltiness moving to a sweet finish.

Tidewater: Hampton Roads’ oysters from south of Yorktown to Virginia Beach are nearly as salty as those from the seaside. They’re sweet with a smooth finish.

Tangier/Middle Chesapeake Bay: Enjoy the traditional Virginia Bay oyster flavor. They’re the sweetest you’ll find in the commonwealth complemented by a savory butter/cream finish. These guys come from Tangier Island and the north central part of the Chesapeake Bay.

Remember, no two oysters are alike. Oysters are as individual as the region they come from. Sample them all to find your favorite.