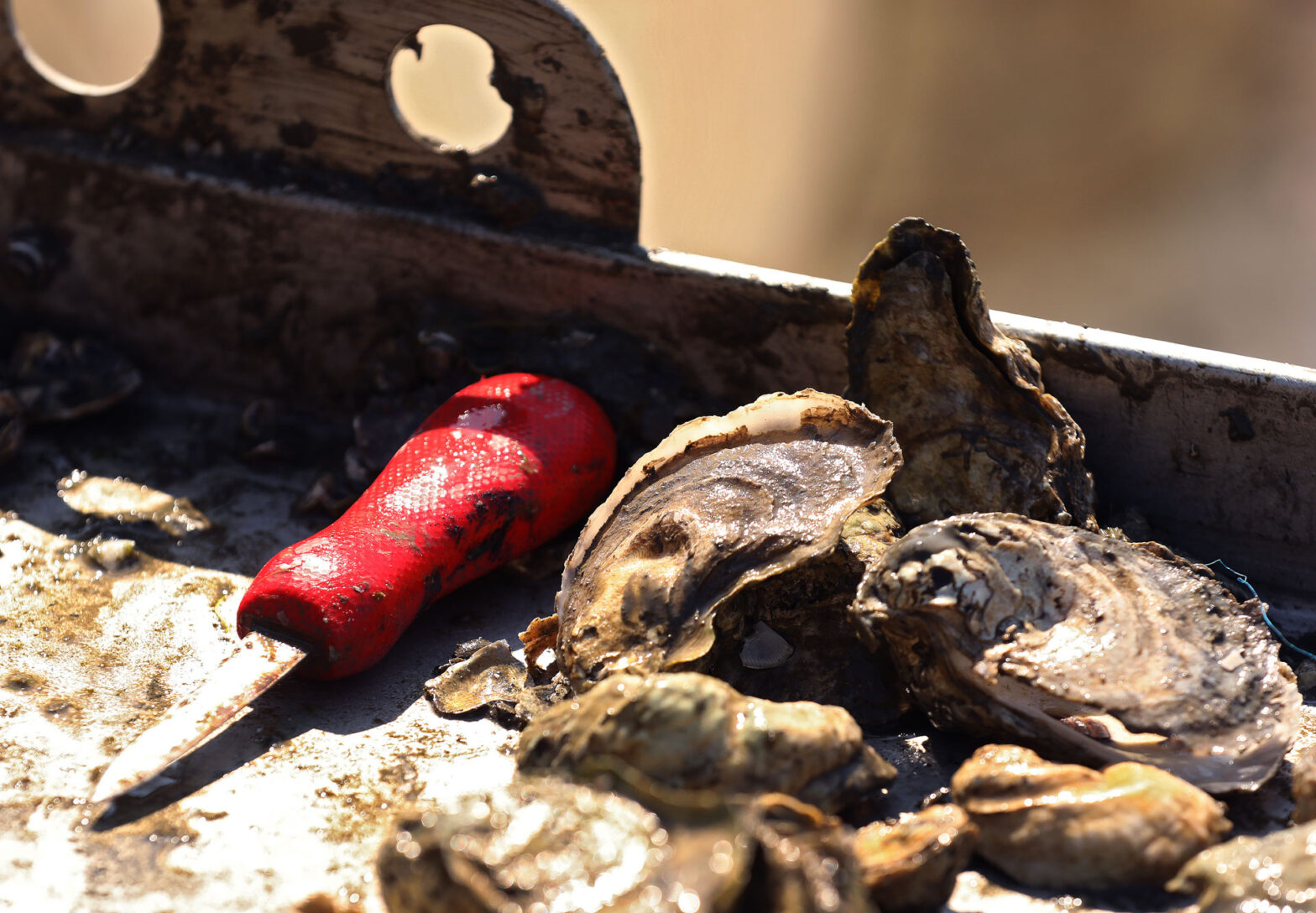 You. Yes, YOU, can shuck your own oysters.

And here’s how in a simple step by step format.

Start by rinsing off your oysters well to remove any mud or residue.

Fill a large bowl with cold water and salt. You might even want to use ice. By soaking them for at least 10 minutes prior to shucking, the shells will be looser and easier to open.

If you have shucking gloves, put them on. Garden gloves can work, too, or in a pinch, a double layer of latex gloves.

Grab your oyster knife. It’s best to have an actual oyster knife, not a kitchen or paring knife. All the better if the handle is textured. Some folks even sand it down for a better grip.

Fold a clean kitchen towel lengthwise into thirds because what you don’t want to do is stab yourself in the hand with your shucker. The towel can brace the oyster during shucking.

Make eye contact with your first oyster and note one side has a belly while the other is flat.

Set your oyster on its belly (the cupped side) on the towel. For righties, the hinge (where the shells taper together) should point to the right. For lefties, it should point left.

Make sure only the hinge is exposed in the towel, using your nondominant thumb to hold it steady. Bunch up the towel in the other hand to protect it.

Work your oyster knife into the hinge. Don’t force it. Be slow but firm in seeking what’s called the sweet spot. Wiggle the knife if you have to. You want to pry the shell open without sheer force. It’s as if you’re turning a key in a lock.

Once you’re in try not to spill out too much of the liquid; it’s too tasty to waste. If you’re eating your oysters raw, you’ll want to slurp the brine.

Clean your knife before the next step.

Toss the shells, of course, unless you want to keep them to return to the bay. They’re great for the environment.

Drop the shucked oysters into a bowl on ice on ice or on crushed iced alone unless you’re leaving them on the half shell.